With this project I’ve had to learn to live with many projects going on at once. This is not in my nature. I am not the type of gal that likes doing many things at once or having “several irons in the fire” as the saying goes. I’m a “one iron in the fire” kind of worker and dammit if I won’t get that iron just right before removing it and moving on to another. It’s how my brain works – if I have many things going on at once I feel cluttered, worried that I’ve forgotten something and I have more trouble concentrating. A home renovation is definitely not the ideal for a worker like me (if you just got a laugh out of that don’t worry I did too). If I were to work like I want to work, one thing at a time, get it right, get it done, then move on, well I don’t think this house would be done for another year. As it stands I’m only a little over a month behind and, dammit, I will not let that get any worse. However, I am also the type of worker that is very good at keeping my head down and charging ahead in full concentration for days, if not weeks, at a time if I know the project will be a drawn out one. I’ve been going ahead like that for a good two months now and, quite frankly, feeling rather fatigued. My mom sat down with me the other night as she must have been able to see my forehead slowly splitting open with stress and encouraged me to talk about it. Dammit if I didn’t grab a pen, a paper, a calendar and do what I have not allowed myself to do for fear of being even further behind then I thought we were. Turns out my nose to the grind stone has been paying off, I haven’t caught up by any means but I am actually either coming to the completion or have already completed a huge amount of work. Hallelujah. 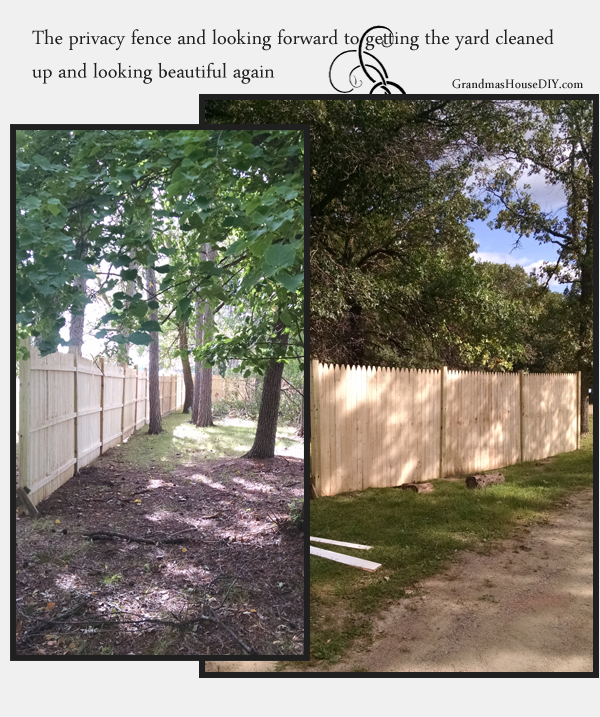 Joe’s folks drove three hours to help us work on the house on Saturday and he and his dad put up the new privacy fence across the front yard. With that done, one less thing to worry about. The next day Joe and I installed the last window! And damn if we both didn’t gripe about it a little, “Oh sure, now we finally know how to do something and are pretty good at it and we don’t have any more to do.” We also installed our second to last door. The big 6 foot patio door is all we have left of the new doors for the house now! Can’t believe all of that is done. I finished framing the basement a couple of weeks ago… something that felt like it would never end and, honestly, I just pounded that sucker out and left without a single pat on the back for my little self. I was so sick of working in our dungeon that I wasn’t even excited about it… I still have one more closet to do upstairs in my guest bedroom and there are a couple of places I need to add some support/something to screw sheet rock to around the house but after that… no more framing for this girl!! 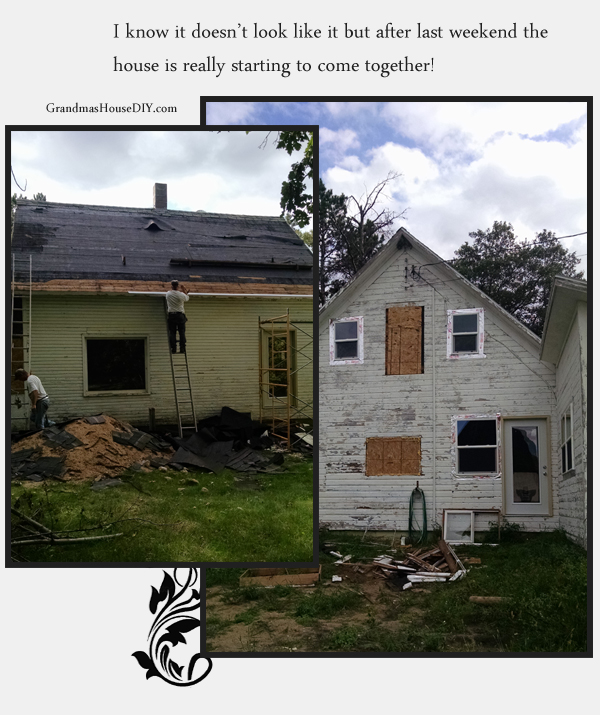 We spent one entire weekend just getting two showers into the house (f*@*^$&%*&!!!!) they were too big and didn’t even fit into a single 36″ door… We ended up having to take out the basement staircase to get the tub/shower combo down there and there was no way the shower would go up the staircase to the second floor so we had to take out a window upstairs and pull it up on the roof from the back of my dad’s pickup. My patience was thin at that point and I will admit moral was a bit low. But it actually worked out better then it should have as we still had to put in the new door to the basement anyway. And I had messed up on measuring the windows upstairs anyway so I was able to fix that by taking one of them out to get the shower up there… still, it felt like such a god awful time sucker. It was one of those times when it didn’t matter how fast or hard we worked it was like we just treaded water all weekend.

My roofers have now started on the other half of the roof! Very excited about this as when they’re done and we get that one last door in, we will be ready to put siding on the house! Wow! Here is a case-and-point moment where I have had my head down and trying to get things done so hard that I had no idea that we were just about ready to start siding. Cool.

On the other hand the garage is the same as it was three weeks ago. I am still waiting for my bro to come and help me complete it and then to help me start plumbing. In the meantime I have no choice but to start electrical and try not to do anything that will get in the way of our plumbing pipe…