My grandfather returned home from serving in World War II and, not long after, met my grandmother. He purchased “the farm” in the fall of 1950 (October 9th). My grandparents were married in January of 1951 and filled the barn with milking Jersey cows and their lives with farming, their story was one of getting up at dawn and working with their hands all day. My mom was born in 1953 and her sister in 1951, they grew up farm girls helping care for the cattle, bringing in the hay, and whatever else needed doing. I was raised on their wonderful stories of “growing up on the farm” and live/d not a half mile down the road. I walked over to “grandma’s house” all summer long all my child hood. 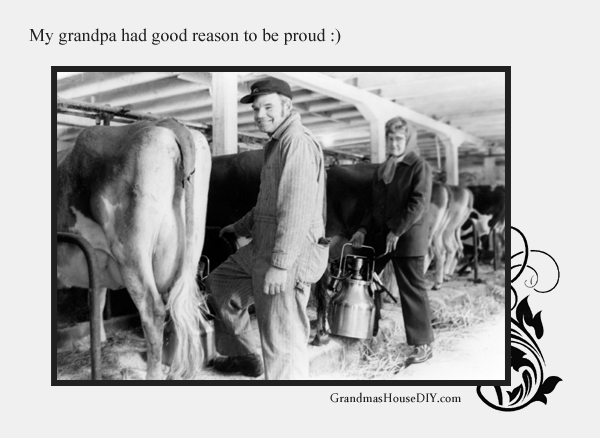 The cows were long gone by then but the barn loft was my sanctuary, still, somehow, full of the smell of hay and cows, filled with nooks and crannies that raised countless kittens and the rafters still filled with the sounds of cooing pigeons. (Losing the barn will be a great loss and it will not matter how many years go by, or what is built in its place, there will be an empty spot in my world where it now stands) After retiring from milking and farming in 1978 the barn became my grandparents’ wood workshop. The smell of polyurethane still hits me with the memory of helping my grandma and grandpa out in the barn. I have several pieces of furniture (not to mention jewelry boxes and the like) that my grandparents made that I will cherish for the rest of my days. My only wish is that I had had more time with them before their health began to fail. I was born in 1986 so by the time I came around my grandparents’ wood working days were all but entirely over. 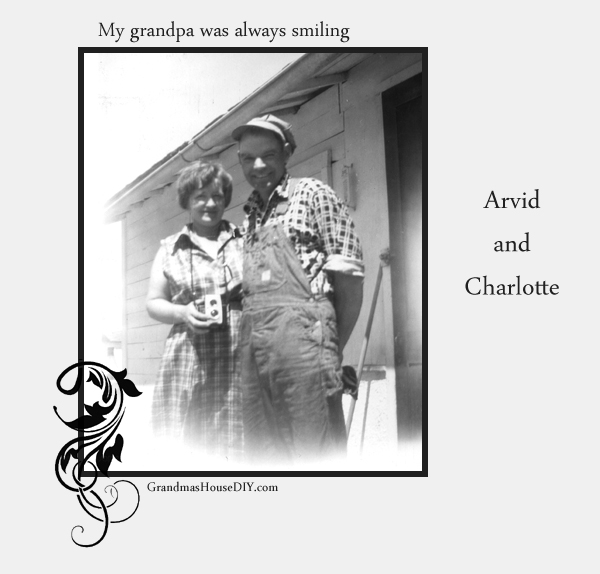 Since the end of 2012 the house has been standing empty and, as if by fate somehow, all the stars in my own life have aligned that I am ready to make it mine. For the last three years (since I came home in August 2011) I’ve been watching the real estate market just waiting for the right, untouched and ancient, farm house. I have always dreamed of the big white farm houses that dot the Hubbard prairie and much of northern Minnesota – with their lilac bushes and old horse pastures and wild flower beds, I just adore them. In my spare time (for the fun of it) I’ve been designing houses and dreaming of renovating something old and making it new again. My dreams have not always led me to good decisions… When I was nineteen I purchased and renovated a house in Oklahoma with my boyfriend at the time. After five years of languishing there getting my butt home was the best decision I ever made. I learned a lot in Oklahoma. If you want something done right (or at all) you must do it yourself. Choosing the right partner can make or break a renovation. Renovations are not for the faint at heart. If one can at all help it, do not live in a house you are renovating. Do not volunteer for anything you do not have experience doing – yes the roof can and will fall in – be honest. Make a plan of attack but you must be flexible, old homes will laugh at your plans. And, maybe most importantly, when you’re working on the house you’re going to work and the highest priority should always be getting it done efficiently, safely and rightly. Attempting to get a renovation done with someone whose priorities do not fall into those guidelines… well you’ll be at it for five years (or forever) fighting over screw choice instead of getting the drywall hung. The company you choose to work with (in any line of work) will make it a nightmare or a productive work of art.

So, here I am, home at last, living with my mom, waiting for the opportunity to have my own place again that I can build a real life in. It is strange how everything does seem to work out. The moment I started in on the furniture refinishing my mom inclined that I may want grandma’s house. It was everything I had ever dreamed of having. Not a big place but solid, safe and ready to be brought up to date, just down the road, filled with a million memories. And I thought, in that moment, that I could honor my grandparents and make the place truly beautiful again. It was within days an old friend text me and wanted to come over and see the two old rocking chairs I had been working on. I had not had the chance to get to know him before but I had always wanted to. He parked out front and I remember standing up from the chair I was working on, covered in stain and dust, and seeing him there in the sun and feeling all the stars align with my heart. I don’t think I could have possibly chosen better company to help refinish my grandma’s house. He asked me the other day if we could build one of those slat-seated swing sets – the kind wide enough for two people to swing together. I told him we could have a swing built for two as long as we could have a two person hammock too 🙂 Such happy thoughts.