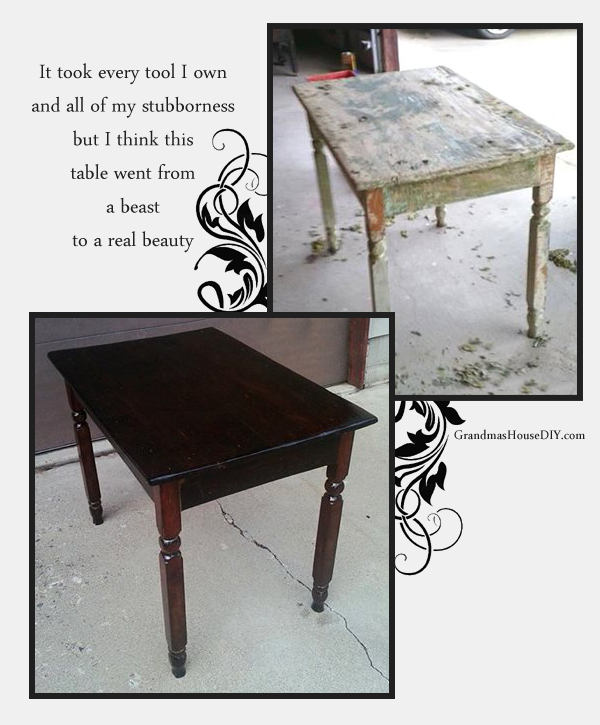 There were two kitchen tables, one was out in the almost-fallen-down garage and had major water damage to its top and feet – the other was in the basement. The one that was out in the garage had a pealing layer of what-was-once-white paint on it that I really didn’t think was worth removing so I just didn’t bother. We had some left over cedar from replacing part of my mother’s deck that I used to replace the top. I did nothing else with it except cover the whole thing with marine-grade sealant. Not sure where it is going to go in my life, might just end up out on my deck for the rest of its years – or as a work table in my shop (as is its purpose now). The other table was in better shape (I.E. the feet weren’t trying to rot off of it and the top was solid) as its home had been the basement for decades. However the many, many, many layers of paint on it put me in a place where I hated myself for several days. I attacked the damned thing with every tool I owned and buckets of paint stripper (not to mention a good share of four letter words). Eventually it came to a point where “most” of the bare wood was showing, the rest I’m claiming to have left for added character (everybody loves shabby sheik right?). I stained it to match the two rocking chairs, covered it in many layers of marine-grade sealant and called it a night. I imagine it sitting out on my front porch where my Beloved and I will enjoy it for years to come. 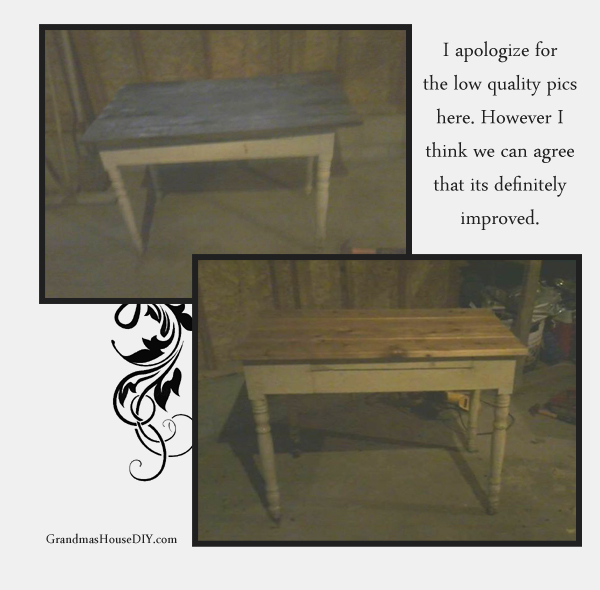