Throughout the United States we’ve see tremendous below average lows for about the last four weeks and, quite frankly, I think most of us kinda figured we wouldn’t see anything as warm as a 30 degree high until next year in March. However, this last weekend we got highs in the twenties and the promise from the weather man that it might actually “warm up” to at least normal averages so I couldn’t blame Joe when he declared last Friday that he was going to get the south side of the house sided this last weekend if it killed him. I agreed with him and put on my gloves as his siding cutting assistant – the south gabled end was the only place that leaked so it was the one part of the house that I’ve really been worried about. Sunday morning it was sleeting but it still didn’t surprise me when I got to the house to see Joe standing on the roof. Slippery, sleeting, raining, blowing and snowing, he still got it done and, my goodness, how much it does change the look of the house. Our old girl is getting herself a face lift! 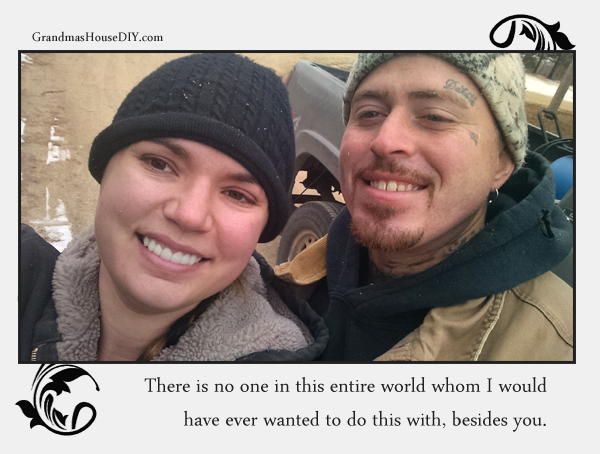 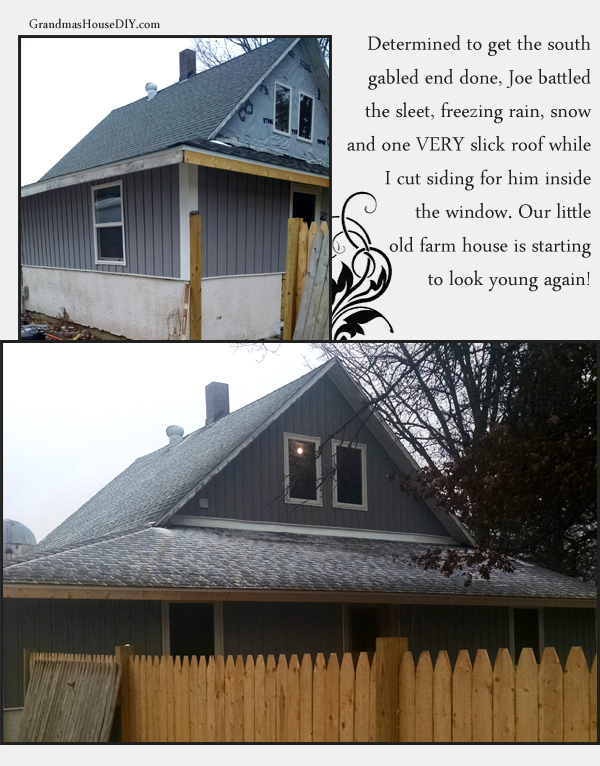 Meanwhile, on the inside of the house while we were out in the weather our insulation man completed both the second and main floor! He still has to shave everything down as these pictures just show it immediately after he sprayed. There was immediate proof to how awesome this insulation is: Frost covered the roof in the morning except in the outline of the few places he had not yet sprayed – When Joe climbed out the south window and hopped on the roof there he said he couldn’t believe how much more sturdy it was! Before, we were running the wood stove and two electric space heaters and barely getting the house up over thirty degrees now all we have to do is start a fire and, within an hour, the house is over fifty degrees. Pretty amazing stuff! I am SO glad we went with spray foam, however (quite frankly) my heart was set on it and I would have had this house spray foamed come hell or high water. 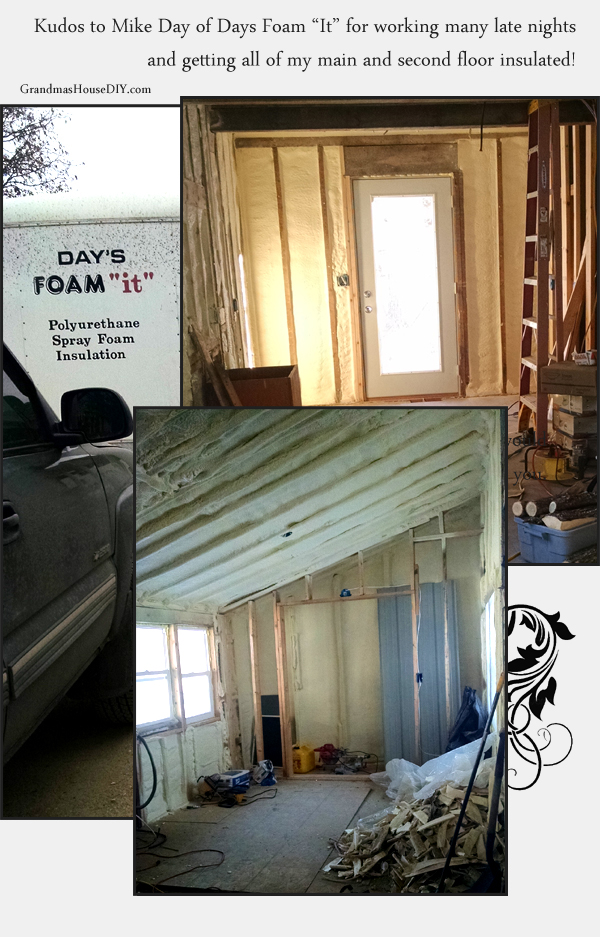 While I’m working on the house during the week and I know I have a weekend coming up where Joe isn’t too busy to help me I’ll make lists of the big things I can’t do alone. Trying to work smart! So I still have a little plumbing left… oh yeah at some point I guess I’ll have to get the water running if we ever want to live here. Thank God I didn’t though or we would have had frozen pipes! It’s time for me to head to our dungeon where I don’t think it’s been above 5 degrees in a month and run/finish the electrical down there. So then we can get all of our off-peak electric heaters installed and the house up to temp so we can get the water running/finished up. From there it’s on to sheet rock 🙂