Joe is siding the garage when he has time and it just looks amazing. Tragically we’re gonna lose another hour soon to daylight savings time and we’re already pitch black by 6:30 🙁 ugh. Looking to see the garage finished in a week or two then we can finally clear everything out of the house and I can go clear out my brother’s garage of all my stuff too! SOOOO looking forward to that! What do you think of our new siding? I just love it, amazingly it is just simple, affordable, vinyl siding even though I think it looks like it could either pass for wood or steel. I think it’s gonna look really nice on the house. It’s going up vertically in one strip at a time which means no seems and it just makes so much more sense. 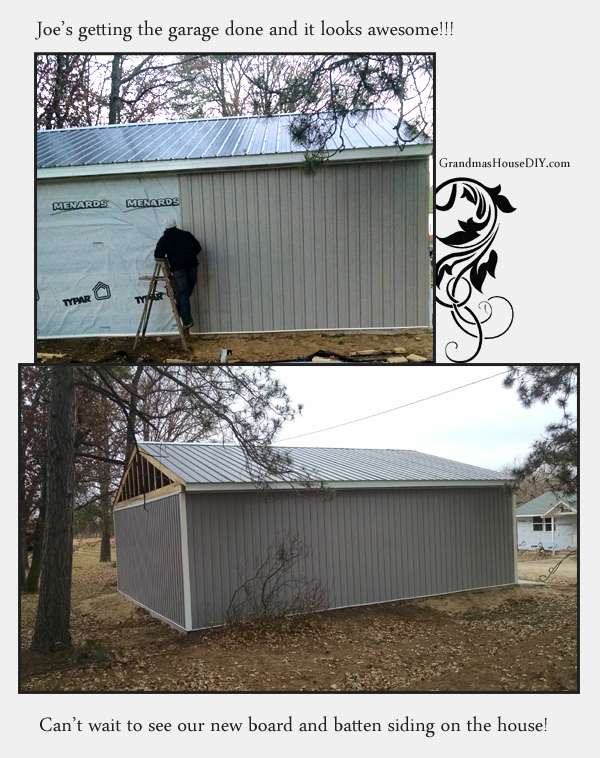 Meanwhile in the house I’m still plugging along with the plumbing. I attacked the lift pump last week, something I was incredibly worried about and feeling very unqualified to do and I got it done! I guess we’ll see though if I did it right lol. I am freakishly proud of it and took several pics, probably more proud then any normal human should be when it comes to a sewer line. So all of my drains and vent lines for the entire house are now entirely complete except (isn’t there always an “except”?) for the big hole/vent through the roof, one last thing there. 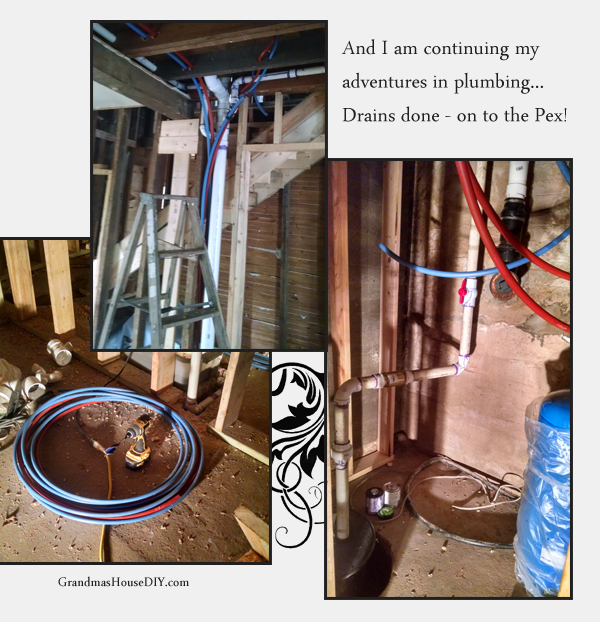 So, I began drilling holes (get a speed bor bit, don’t buy a hole saw unless you have to, speed bits eat wood for breakfast, hole saws rip your wrist off) and started running pex line. Side note: I have absolutely no experience running pex pipe. The last time I ran any plumbing lines it was ALL done with PVC. PVC is rigid and every little turn or corner required a fitting, just like the drain lines. Pex is a whole other monster and because my brother initially planned the plumbing for us I’m literally sitting there looking at the supplies to determine what the hell the plan was. First thing with pex that is entirely bizarre to me is one line is usually run for every one or two fixtures. Meaning: lots of lines but very few fittings. Just weird to me. With PVC I would have bought dozens upon dozens of fittings (corners, turns, bends, couplings etc etc) so when I looked at the half a dozen fittings my brother had purchased to run the pex it just didn’t compute. I hate that I don’t have any experience here. With everything else on the entire house I have at least done a little bit of it at one time or another, this stuff I am starting from ground zero. However, I do understand the principle and I think that it really is a good one, more pipe run, less joints, a lot less chances for leaks. I get it. 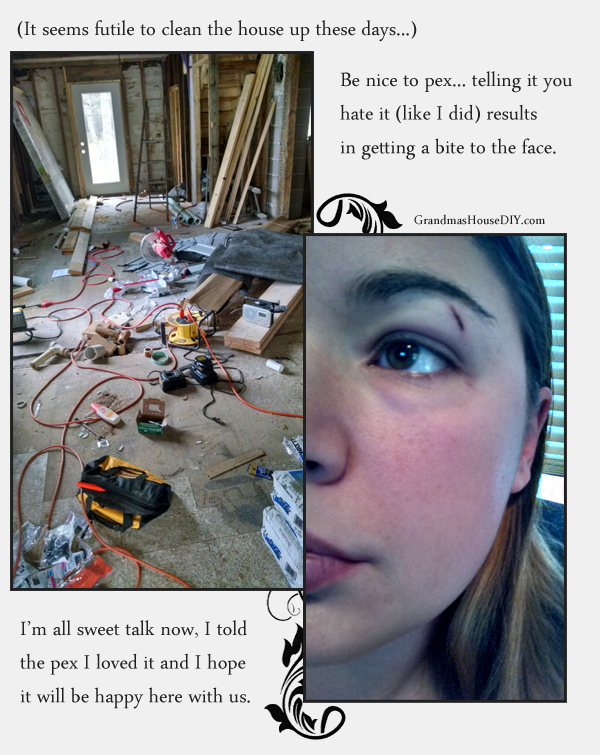 So I began drilling and running pex lines and it was a STEEP learning curve. It really shouldn’t have been but apparently I’m just a thick-headed, slow-learner these days. When I really got annoyed was when I started running the bigger line (wrestling the stuff around the basement) and I promptly told it I hated it, took a break, had a cigarette, told it I hated it again and then continued trying to wrestle it into submission. It slipped out of my fingers (like an angry snake) flipped around and nailed me in the left eye. It really hurt. So I took a break, stopped the bleeding and when I started working with it again I made sure to tell it how much I loved it and appreciated it and hoped it will be happy with us. Sighs….