In the last couple of weeks there has been a lot accomplished on the house – though never enough (as it always is). We are officially a month and a half behind but my weariness and still-weak-but-healing back has made it impossible for me to be at all concerned. We poured the slab last Friday and my bro and my dad and a friend worked their asses off for me that day. Without a doubt those three guys sweated my body weight before I even got there that day after work. To support the slab they shoveled and hauled over a dozen wheel barrels of sand. I am not worthy. 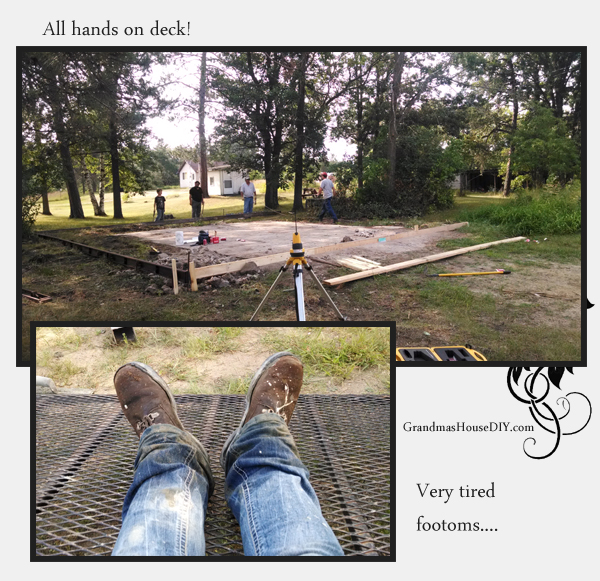 When they called me in everybody was shot and ankle deep in concrete with half the slab still to pour. We got it done though and then treated each other to a cold hosing from my dad’s garden hose. I have no idea if my boots are going to survive and I really don’t care much. We got it done, that’s all that matters! Joe showed up with coke and my brother, dad and I sat and watched him handle the concrete polisher for awhile. My back is better but by no means perfect though it won’t be until this job gets totally done. 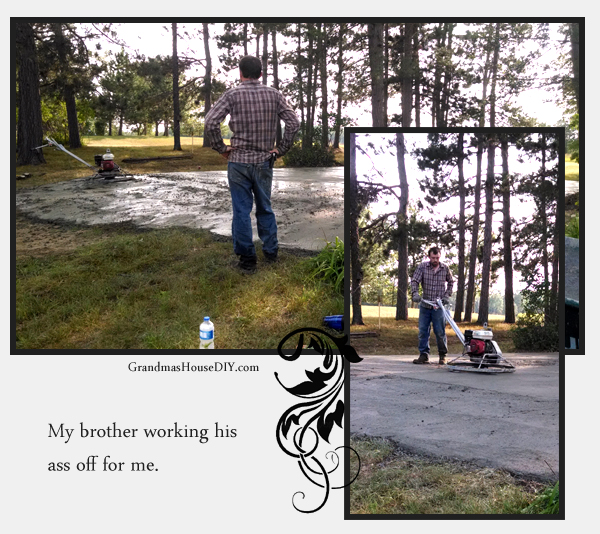 The next day Joe and I attacked the house and got several more windows and a new all glass patio door in. So that brings our new installed window tally up to seven. After that I have four more framed in with five more to frame in so that makes nine more windows to install and four new doors. It’s a lot but I’m slowly getting there. I don’t know if I’ve seen poor Joe so hot, tired and pissed off. A note here for anyone that is installing windows in a old place where there were no windows before, cut the siding/holes for the windows with a chain saw – we’ve been doing it with a reciprocating saw and it’s just a nightmare. Joe stepping on two nails at two different times that day with the same foot probably didn’t help matters out much – not to mention him taking a dive off of a ladder that day too… Meanwhile my back just kinda giggles at him like, “Where you been? You don’t know what pain is.” 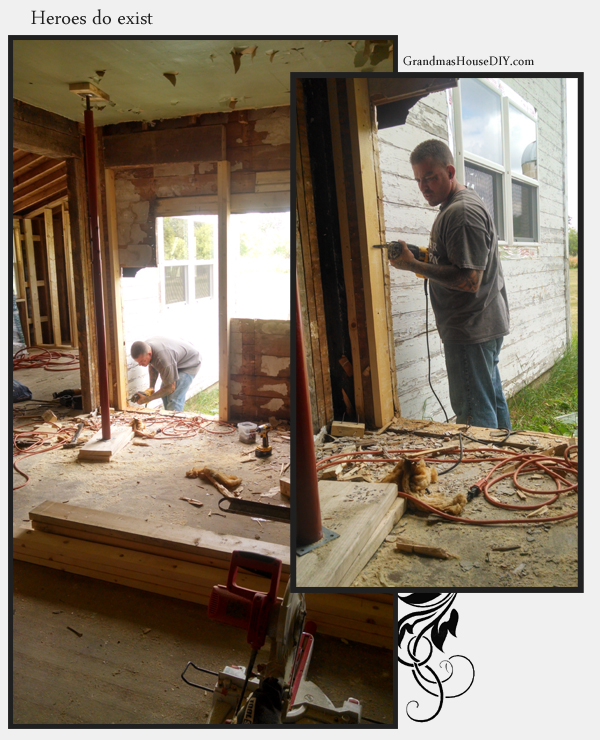 I was going to install a new electric furnace but I have been given the opportunity to buy four electric storage heaters that run on off peak and I simply can’t pass it up. Now instead of my having to hire some guy to come in and install a new furnace/run new duct work now all I have to do is run electrical line to the new heaters and I can install them myself. Major game changer as without a furnace I suddenly don’t need such a large utility room in the basement – thank the universe I wasn’t done framing down there yet. Now with the new space in the basement I’m even going to be able to put a real bedroom down there! On top of that without having to wait for a company to come run duct work, we just saved some major time (not to mention money). As for the budget we’re exactly where I thought we would be so far and I’m saving anywhere I can as we go. I took bids for spray foam installation and chose/hired one of them – that was expensive but it’s also looking like the only work I will be hiring out for the entire project. Couple more weeks and we’ll have the garage finished, the new windows and doors done and we’ll be starting in on plumbing. Phew!