And then there were the three dressers that I immediately pegged for making into vanities. Two were my mother’s. She bought them as her very first furniture purchases ever at a garage sale (for very little) when she first moved out of the very house I am about to start remodeling when she was 19 years old. She painted them white all that time ago, used them for a year or two then stuck them in one of my grand parents’ sheds, not touched or seen or unearthed until now, 40 years later. It was pretty neat as I started work on them, undoing my mother’s paint job and several paint jobs before that with paint stripper over a few days of work. Felt like I was following her foot steps 40 years later, made me wonder if she had been told then that her 27 year old daughter would be refinishing these dressers if she even would have believed it! Funny side note: there was a t-shirt tucked up behind one of the dresser drawers that’s in great condition and fits me perfect! I plan on putting them back into grandma’s house as sink vanities. After much sanding and stain I also put several coats of marine-grade sealant on them (if nothing else they’ll make decent flotation devices in the event of a flood). The sinks I plan on using with them will sit on top (they’re called vessel sinks and I plan on them just being plain white porcelain). The last of the three dressers was probably my biggest transformation. Its a solid oak beast that had almost totally shed its white paint job from sitting out on the screened in porch for who knows how many decades. Everyone thought it should head directly to the land fill. Of course, I had other plans. It only took one layer of paint stripper and a couple of hours of sanding when I knew that not only had I been right to save it but that it was going to be gorgeous! And it is! Can’t wait to put all three of them back in grandma’s house! 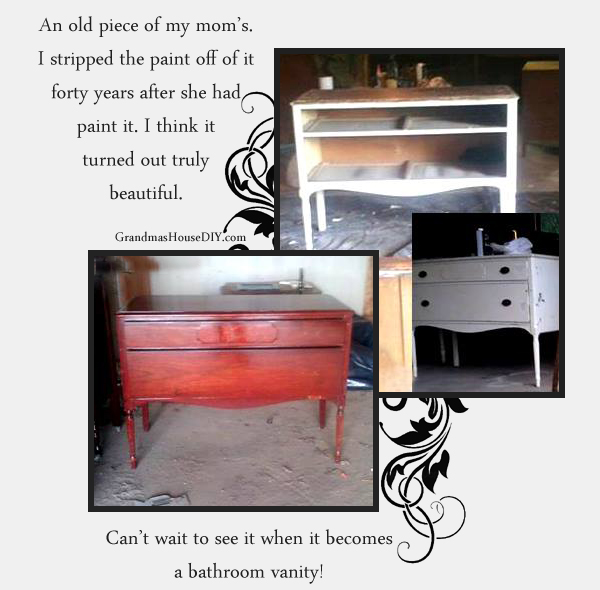 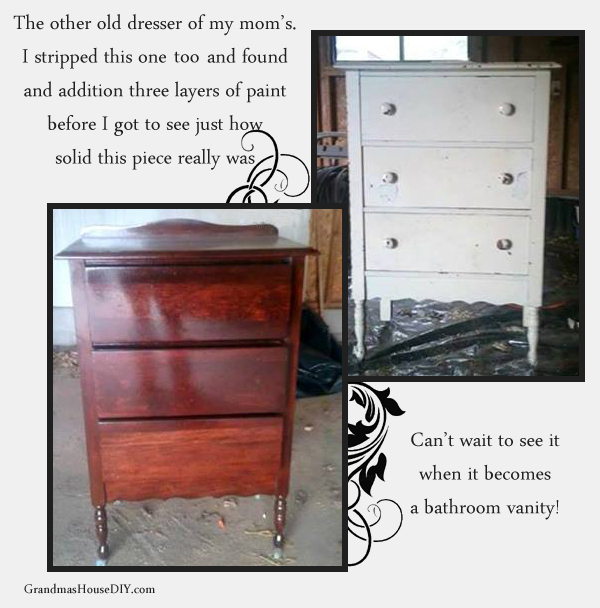